The Winter tennis campaign is coming to a close and Headstone Tennis Club has continued the momentum from the successful Summer campaign and translated this into more success in the Winter competitions!

Well done to all the teams highlighted below. Let’s once again take this momentum into the Summer competitions!

Remember to get on those courts and get practising! Social tennis continues throughout the week and the Middlesex Summer League and Middlesex Team Tennis campaigns are soon to begin.

Congratulations to the Headstone team for winning Division 4. The team won all their match’s and wrapped up the title with one game to spare. This is the third year running they have been promoted – can they make it a fourth next year??? Well done team!

Headstone have had a very enjoyable campaign in the Vets league. The tight knit squad finished mid-table and enjoyed some great tennis!

The Men’s team also had an enjoyable campaign finishing third.

Headstone’s Boys 8’s team finished third in their division in the Middlesex Junior League & was invited to the play-off at Kenton Tennis Club on Saturday 23 March.
All the boys, Aarav Tandon, Kian Aggarwal, Henry Brocklesby & Ethan Isherwood, played well and beat Kenton in the third / fourth play-off, a great win for them.
It was a lovely afternoon enjoying the fine weather & exciting tennis.
Fantastic effort boys!!! 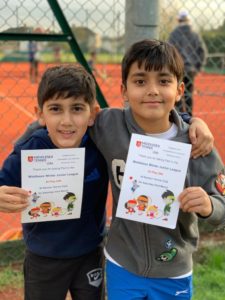 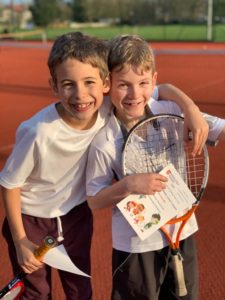 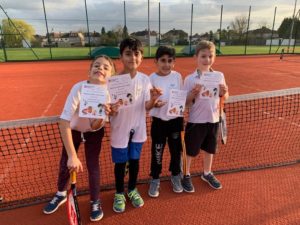