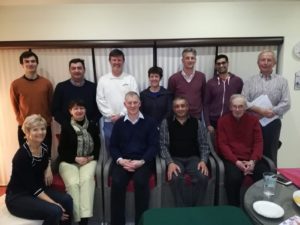 The Committee focus remains on continually improving to provide a better tennis club.

The Committee welcomes new members, feedback / suggestions and support from members in running the club.

The Committee operates a number of Sub-Committees to assist with organising and maintenance various aspects of the club:

Members are encouraged to support any of the sub-committees with any support and ideas they can provide in an intermittent manner without needing to join the Committee.

The Committee is elected annually at the Annual General Meeting, usually held in November.

Special thanks to Malcolm Ginger who has been a committee member for 50 years. He stood for election in 1969 as a young intermediate player and since then has been Bar Chair, Treasurer and Ground Secretary. He has played a major part in the Clubs progress and in its financial stability.